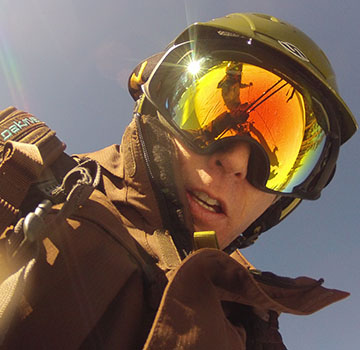 1990 - 1996: My first published work was covering the rising Seattle music scene for the local street rags, music publications, and record labels. Following an editorial assignment overseas, I moved to Africa and soon found myself bouncing from one third-world warzone to the next. Stringing for newswires, I covered countless conflicts and political issues including the Rwandan Genocide, South African Elections, Rebels in Angola, Zaire, and the Ivory Coast.

1996 - 2006: Working on my first feature film, Flame, I continued to shoot and direct a series of documentary films such as God Gift, War and Beyond the Forbidden Zone, as well as develop special request footage for feature films. By the end of the century, I was field producing coverage of world events and politics, including Afghanistan and Iraq, for a number of television networks around the world.

2006 - 2015: From journalism to advertising, I started out shooting online campaigns for clients such as 7-eleven and Land Rover through a leading advertising agency. This quickly progressed to producing TVCs for clients such as Nivea and Unilever. Having clear passions for the outdoors and action sports, a few years later I was leading small-team campaign productions across remote locations for clients looking for an adventurous edge.

2016 - Current: Continuing the trend of building out video assets for marketing and advertising teams, I focused my strengths of storytelling to the tech industry. From showcasing the progress of companies such as Google, Uber, Snapchat and Mapbox to Tesla's attempt at autonomous cars to the rapid advancements of augmented reality to gaming, live mapping, and artificial intelligence, I create stories that develop dialog and excitement across the industry and beyond.